Plant a tree in memory of Dr. Martin "Marty" Holzman
An environmentally-friendly option 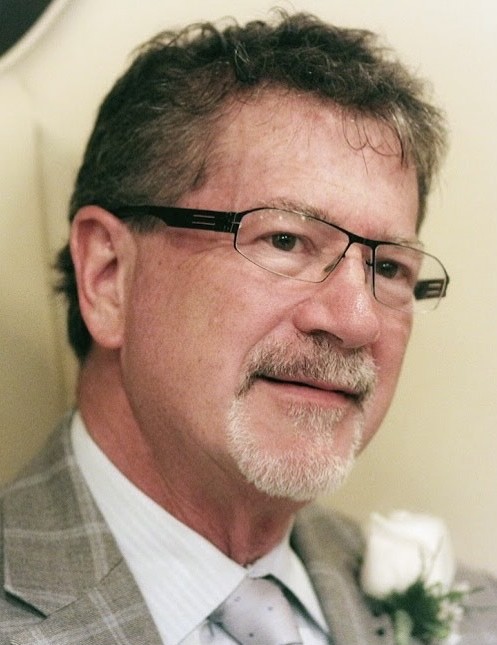 Marty was born on January 4, 1955, in Union, New Jersey. He completed his Undergraduate studies at Perdue University, Graduate studies at Wagner College, and Medical School at St. George’s University.  He completed a residency in Internal Medicine at Brown University’s Memorial Hospital of Rhode Island from 1982-1985 and then a fellowship in Radiation Oncology at UMDNJ’s Saint Barnabas Medical Center from 1991-1994.

Marty’s career as a radiation oncologist began in upper New York State in the cities of Malone and Plattsburg where he practiced for 5 years.  He then accepted an Associate Director position at the Davenport-Mugar Cancer Center in Hyannis, MA where he served for 6 years.  From there he became the Medical Director of South County Radiation Therapy & 21st Century Oncology in Wakefield, RI where he practiced for 6 years before moving south to become Medical Director with Community Cancer Center of North Florida in Gainesville, FL where he practiced for 7 years.  He came to Fairview Park Hospital in 2017 via CurePoint/Atlanta Oncology Associates where he worked as a staff Radiation Oncologist.

Marty was a great colleague who was dedicated to excellence in the practice of Oncology.  He was consistently engaged in medical staff affairs at Fairview Park Hospital through multiple committee assignments and he routinely volunteered to represent physician interests to the public.  He faithfully volunteered his time in support of Relay for Life, Breast Cancer Awareness, and other outreach programs that sought the betterment of life for cancer patients and survivors. His impact on our community will be missed.

In his private life, Marty was a loving husband, devoted father, and grandfather, and faithful friend. He loved the outdoors and enjoyed fishing, kayaking, skiing, riding his bike, and strolling on the beach. Marty loved a good cigar, quiet time reading, playing with his dog Cooper, shooting guns with his Bell Rock family, dinners with his Georgia Small Group, and drinks on 4 at 5 with his Surf Club friends, and Marie’s Moscow Mules. Our hearts are hurting and we will forever miss his smile that would light up his face.

A memorial service celebrating the life of Dr. Holzman will be held at a later date.

In Memoriam of Marty, memorial contributions may be made to Stepping Stone, a non-profit Child Advocacy and Sexual Assault Center serving 11 counties. Contributions may be mailed to 382 Woodland Trails Rd., Dublin, GA 31021; online donations can be given via their www.steppingstonedublin.com, or via Venmo at @Stepping-stone-2.

Family to do services at later date

Plant a tree in memory of Dr. Martin "Marty" Holzman
An environmentally-friendly option

Plant a tree in memory of Dr. Martin "Marty" Holzman

He was a great Doctor when I battled breast cancer, he was so kind and caring. Prayers and comfort for the family.

I am just heartbroken to hear of his passing away. Such a good  and compassionate Doctor. So kind and gentle to everyone. He was The Best. Carolyn Burney

In loving memory. It was an honor to have been able to have met you. We will watch over Marie and always keep your memory alive! XOXO
Bruce & Amy Oliveira

A Memorial Tree was ordered in memory of Dr. Martin "Marty" Holzman by Bruce & Amy Oliveira .  Plant a Tree

Such a kind and compassionate doctor and friend.His word of encouragement got Greg and I through my bout with breast cancer. He will be missed greatly. Marie our thoughts and prayers are with you!

I was so broken hearted when I heard of Dr. Holzman's passing.  He was such a kind, caring &  compassionate doctor.
He was so good to me during my fight with breast cancer in 2018-2019.  I know he will be missed by many but I pray that God will ease the pain of this great loss!   I send  my prayers and deepest sympathy .

Plant a tree in memory of Dr. Martin "Marty" Holzman